“In computer science, a data structure is a data organization, management, and storage format that enables efficient access and modification.” - https://en.wikipedia.org/wiki/Data_structure

Suitable data structures affect the performance of your application. You can increase quality and performance by choosing the right data structure and accomanying algorithm. This feels like something we should care about.

Additionally Big O Notation is worth understanding as this is how the complexity is rated.

Complexity: O(1) Constant time / complexity to access data. Searching, Inserting, Deleteing is O(n) Linear time / complexity
Use case: Fixed size collection that dont change, can store all types of data. Smaller tasks where you wont be interacting with the data that often

An array is a linear data structure that collects elements of the same data type and stores them in a sequential manner one after the other. This is a Random Access data structure.

Complexity: O(1) Constant time / complexity to access data. Searching, Inserting, Deleteing is O(n) Linear time / complexity
Use case: Dynamic size, can only store object (so no primative types although they are auto boxed for you). More interactive programs where you’ll be modifying data often 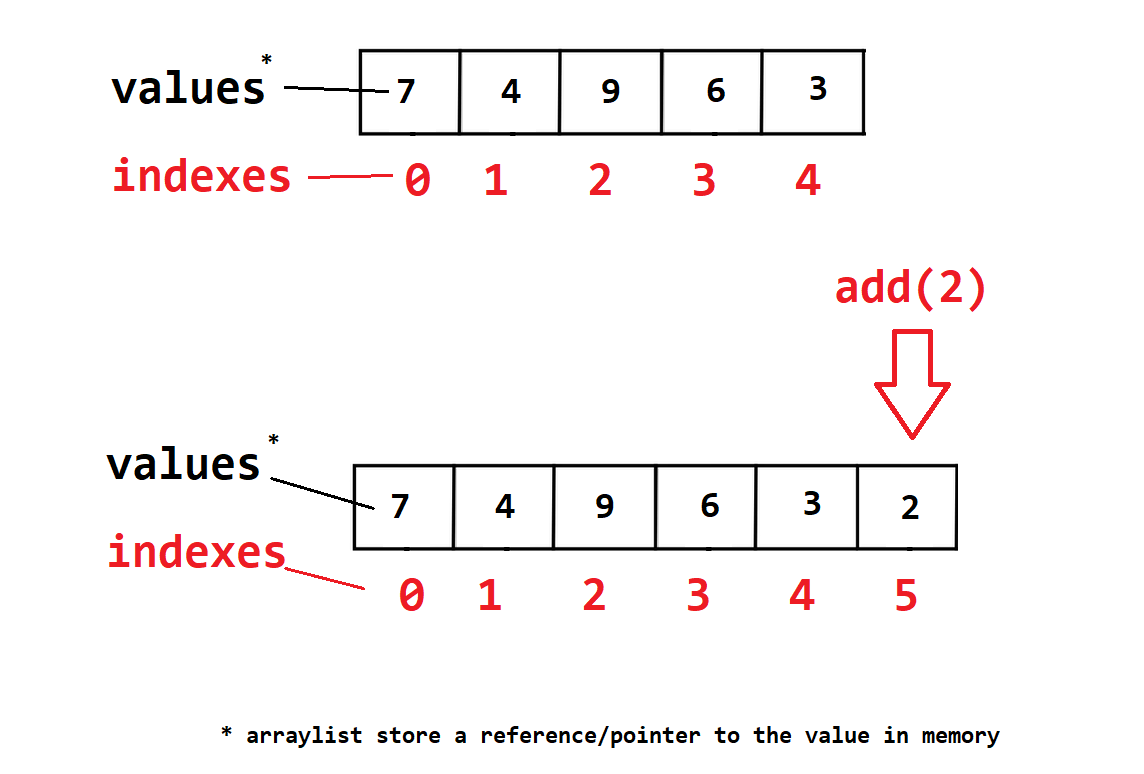 Fundametially this is a growing array, this means an ArrayList is dynamic and expands as needs. Its backed by an array in memory, this is managed by the ArrayList class.

The ArrayList stores references/pointers to the locations of its objects in memory, this is why it can grow in size. This means the data is not stored contiguously (as consecutive blocks of memory).

From the class it will inherit pre-built methods that we can use, there are a few which not all langauges implement. The most common are which you could find are

Supports Binary Search Algorithm to find a targeted value in a sorted array. A tree is a collection of nodes with edges that connect them.

A Dictionary is an abstract data structure which stores data in the form of key/value pairs, each value has a key associated with it and together they create a pair which is stored in the dictionary data structure as an element of that dictionary. They are also known as maps or associative arrays in some langauges, there is no functional difference and all work in almost identical ways.

The most common way to implement a dictionary is using a hash table/function. By giving a hash function both a key and a table to map it to, it can determine what index location to store that key at in the array. Dictionaries are built upon these Hash Tables and the key’s in our key/value pairs are stored in memory IN these hash tables at indexes which are determined by a hash function.

key: Dictionaries are indexed using the key as opposed to a numerical index like an array. The key’s in a key/value pair can be pretty much any primitive data type, examples int, string, double ect. Keys can only appear once in the dictionary, they have to be unique. Additionally each key can only have 1 value.

value: The pairs can be anything, its very flexible in terms of the combinations of key/values. Examples string, bool or even another dictionary. Duplicate values are allowed as long as the key is unique.

The notational representation of a graph is not as easy to understand, this is the above left graph.

Graphs have multiple starting points, we can start from any node and traverse to any node that has an edge connecting them. 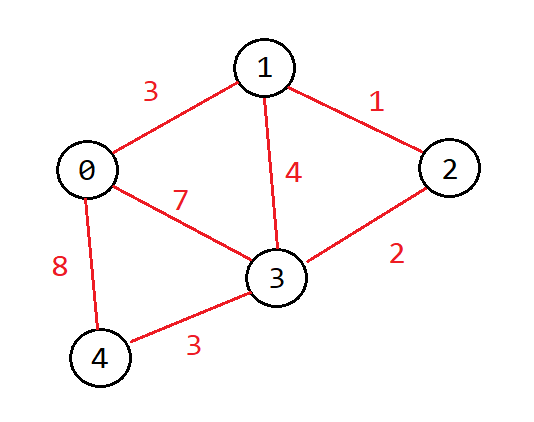 Combining graph properties can create the following types of graphs, additionally any of them can have the weight property. So there are 6 differenty types of graphs.

Common / Popular Use in Computer Science

Adding to the heap

Deleting from the heap (root node)

Use case: could be to implement other data structures like stacks, queues and hash tables. Operations would be search, insert and delete

Data structure for storing objects in linear order, each object has data and a pointer to the next object. Simliar to arrays except pointers determine ordering not the array indices.

Additionally there are doubly linked lists.

Use case: Job scheduling, printer queue, modern cameras (Google pixel phones) would use them for zero shutter lag (the time between when you take a picture and what the phone actually captures)

A queue is a sequential access data structure that follows the FIFO methodology (First-In, First-Out), this means we can only access the elements contained within it in a certain way.

Elements are added with Enqueue(object) and removed with Dequeue(). Additionally to can Peek() to check whats at the head without removing it or run Contains(object) to check if an element value matches what you are looking for.

Use case: Recusion uses stacks as a way of keeping of active functions/sub-routines. Undo/Redo in a word processor, back paging on web engines.

This is a sequential access data structure, the elements can only be accessed in a particular order. Each element is dependat on the others and may only be obtained though those other elements. Elements are added using LIFO methodology (Last-In, First-Out)

Last element pushed onto the stack would be the first one popped off, this means there is only one way in and out for the data.

Elements are added with Push(object) and removed with Pop(). Additionally to can Peek() to check whats at the head without removing it or run Contains(object) to check if an element value matches what you are looking for.

Trees store data hierarchically as opposed to lineraly like a list. They have a specific starting point (the root node) with two branches however they can also have one or no branches.

There are many types, these are just a few