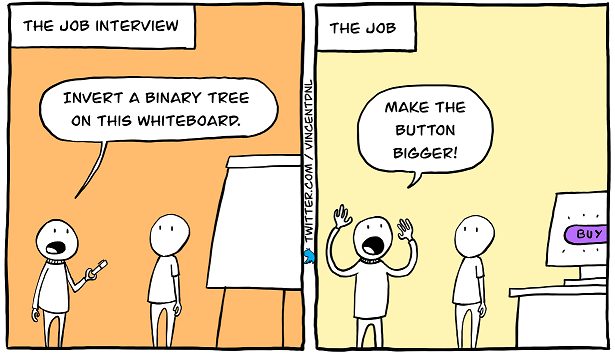 Another popular interview question/assessment is to invert a binary tree. This is where all the left and right children of all non-leaf nodes are interchanged. Think of it as a mirror of the input tree.

This can be visually understood as follows, where 4 is the root node and its subsequent children are inverted.

What exactly is a binary tree?

Its simply a data structure

Given the binary tree from the story above, invert it so its values show as the example Output. Its important to remember that its a mirror image so the left and right children are swapped. (Dont try flip it so the root node is at the bottom)

Some of the code below is based on the hilarious Inverting Binary Trees - You Suck at Coding [1] video by Ben Awad. The rest is base on learnings from Data Structures and Algorithms in C#

This would be my pseudocode, I feel its important to try set yourself up for success - pseudocode is part of the journey.

Recursion is how most of the online examples are doing it so lets roll with that.

Given the following binary tree, invert it from the specified node.