My team are pretty good at building integration tests, we use app.settings per environment, powershell and teamcity. Its fairly complicated but works really well. We dont always use WebApplicationFactory to bring up our API’s in memory as its not always sensible to do so.

I was inspired by a video from Nick Chapsas titled The cleanest way to use Docker for testing in .NET to investigate the nuget package Test Containers | Testcontainers 2.1.0.

The samples assume you already have some integration tests setup, this is a simple CRUD API with integration tests over the controllers. My source code is based on Nicks video and can be downloaded at https://github.com/carlpaton/IntegrationTestsWithTestContainers.

My test classes are shown below. The problem with integration tests are they dont really customize the core project. Nick describes this as then calling the real database, the problem with this approach is we have test data remnants which we could delete after each test execution but that implies we need to have a database running at all times.

Other systems might be using this so we will run into problems with everyone running this locally and when we try do continuous integration.

The current integration tests are:

All tests then inherit TestBase and use dependency injection to instanciate the CustomerApiFactory using IClassFixture<CustomerApiFactory> which is used to indicate a test has per-test-class fixture data.

This is a great compromise between isolation of tests as its only limited to the collection.

The value of this is the port is always unique, this is what the cool kids call an ephemeral container (a special type of container that runs temporarily in an existing Pod to accomplish user-initiated actions). So each test class gets a brand new and clean instance of a postgres database. 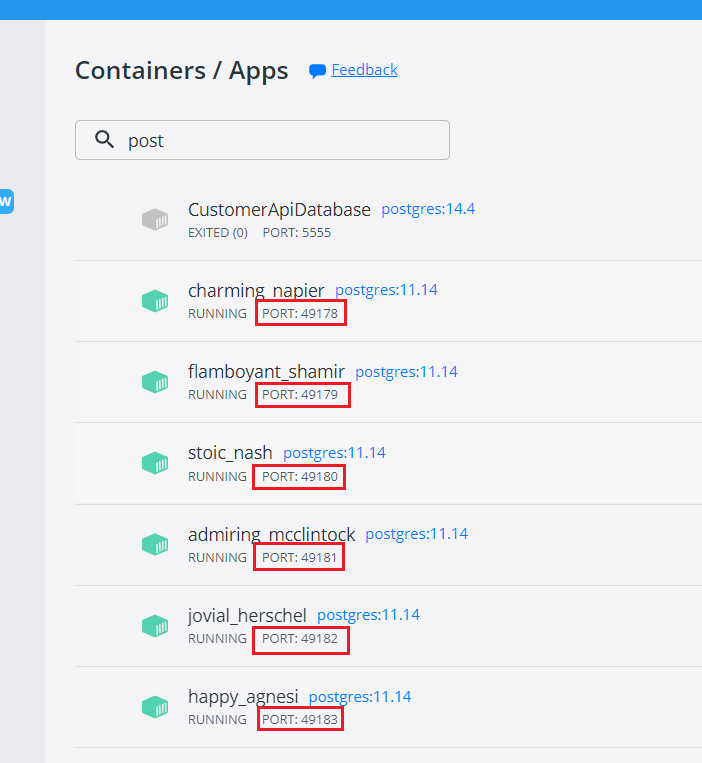 The test container framework has a fluent API that allows us to load up any docker image that is not natively supported, this is an example with drawbacks such as static port.