An airfoil is the shape of a wing . There are many shapes but the most common are symmetrical, asymmetrical or cambered airfoils.

There are several factors to consider when trying to understand how a wing works, each factor together helps generate the force of lift.

This is how a flat wing will fly, air under the wing is deflected down and by the Coandă effect air above the wing is guided along its surface and down as well. The air is slowed and deflected down by the wing it pushes the wing up and back. This is lift and drag.

Wings need to deflect air downwards which can be achieved using symmetrical, asymmetrical or cambered airfoils. 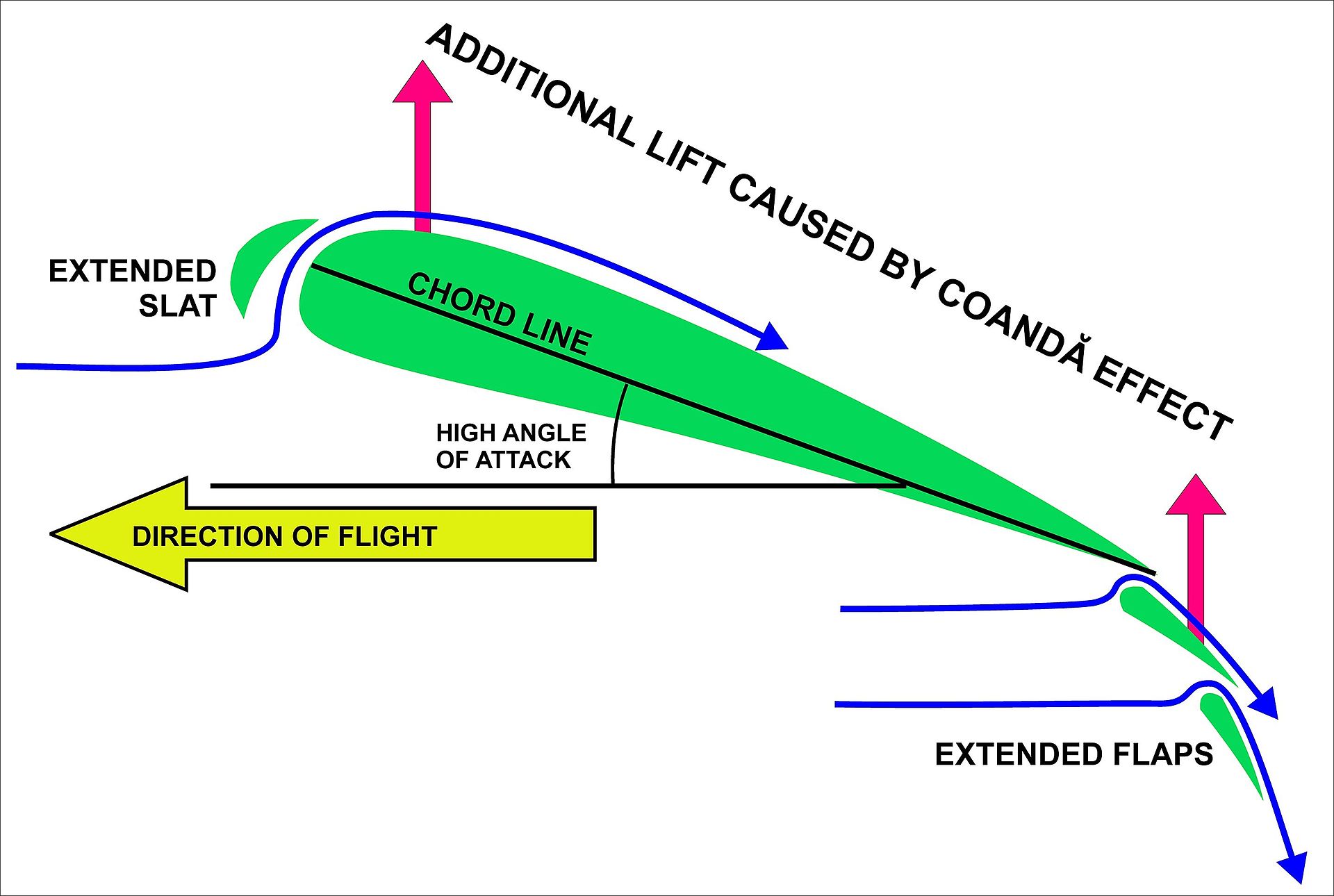 This means that faster flowing air (on top of the wing) exerts less pressure than the slower air beneath the wing. This pressure difference creates an upwards force – lift.

This explanation has obvious problems such as:

The principle also mentions that the faster air ontop of the wing meets up with the slower flowing air underneath at the trailing edge – this is incorrect.